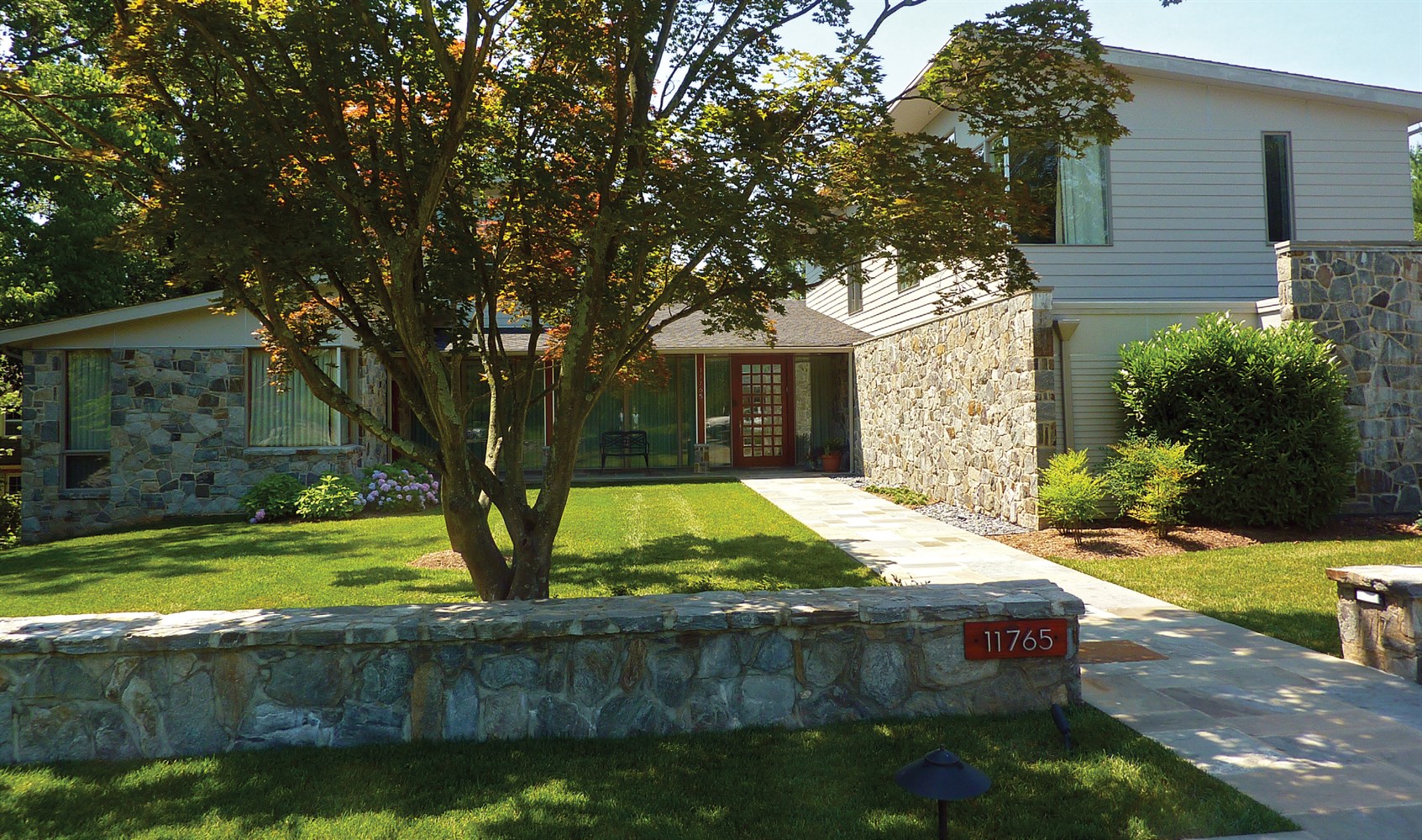 Bruce Allentuck, president of Allentuck Landscaping Company, Clarksburg, Md., says his company has a symbiotic relationship with Washington, D.C. "We are grateful to the community for the success of our business and believe it is important to give back to the community in kind. It has given us a great deal of satisfaction to be able to donate time and expertise to many nonprofit organizations throughout the area."
Allentuck founded the company when he was a Montgomery County high school student and his employees then were all classmates. Allentuck incorporated his business in 1986 soon after graduating from North Carolina State University with a degree in landscape horticulture and design. Now, with 30 full-time employees and a business portfolio including outdoor builds and maintenance on some of the most prestigious homes in Washington, D.C., Allentuck would rather talk in terms of what his firm has been able to give back to his community, and not what he has received. 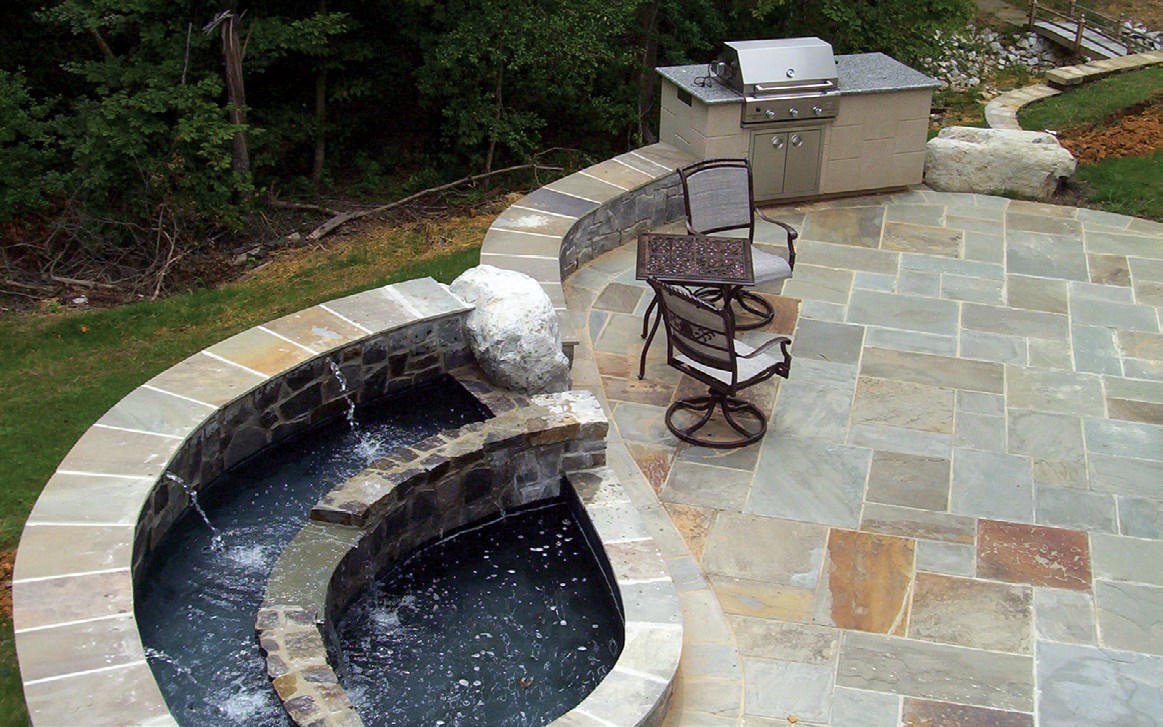 Bruce and his daughter Tara at PLANET's 2013 Renewal & Remembrance at Arlington National Cemetery. Bruce chaired this past year's event.

"Each year we have what is termed Company Day, a day set aside for all employees to participate in our giving program. The day begins with breakfast and continues with work on a large landscape project to benefit the community. After completing the project, the staff enjoys a picnic lunch and an amazing soccer game. This day is a chance for everyone to share in a special event that greatly enhances the community," says Allentuck. The company has participated in many different civic projects, from improvements to local schools to PLANET's the Renewal and Remembrance event at Arlington National Cemetery.

President: Bruce Allentuck
Founded: 1986
Headquarters: Clarksburg, Md.
Markets: Washington, D.C.
Employees: 30 full time
Website:https://www.allentucklandscaping.com/
Philanthropy: Children's Inn at NIH, Winter Growth, Stepping Stones Shelter, National Center for Children & Families, Hospice Cottage, Ritchie Park Elementary School, Wayside Elementary School, Ivymount School, Eastern Middle School, Manna Food Center, Jubilee Association of Maryland, Silver Spring National Guard Armory, Arlington National Cemetery
"Last year we held Company Day in April to coincide with our 25th anniversary. We donated a Children's Garden to Hospice Caring of Montgomery County. Hospice Caring has been helping terminally ill adults, children and their families by providing practical and emotional support when they need it the most. It has been an honor to partner with Hospice Caring for many, many years and to be able to create this garden for them."
The garden was dedicated to the memory of David and Helen Allentuck, Allentuck's grandparents.
"Hospice Caring of Montgomery County had cared for my grandparents, so it was personally very meaningful," says Allentuck.
This past July also saw Allentuck chair PLANET's Renewal and Remembrance service project at Arlington National Cemetery. Even though his and his employees have volunteered each of the past seven years, this past year's experience touched him deeply, he admits.
"Abraham Lincoln called it 'the last full measure of devotion.' He said this in the Gettysburg Address and was referring to a soldier giving his life for his country. It was in respect of his words that we took part in 'Renewal and Remembrance' at Arlington National Cemetery last summer," he recalls. The annual event sponsored by The Professional Landcare Network attracts 450 landscape contractors from all across the country for a day of service each July. The come to Washington D.C. at their own expense.
"We had 11 employees and their families help us do some pretty amazing work. The volunteers limed and aerated a massive acreage of turf, installed a lightning protect and support cables in trees, upgraded irrigation systems and planted two gardens to protect drainage swales. Suppliers donated three tractor-trailers of lime and dozens of pieces of equipment. While we worked, children of our volunteers enjoyed tours of the facility, a wreath laying at the Tomb of the Unknowns, and planted tree saplings and ornamental grasses. We (the 400-plus contractors, their employees and family members) completed close to $250,000 worth of work in one morning. To say I am proud of my staff, our peers and our industry would be an understatement," he says. 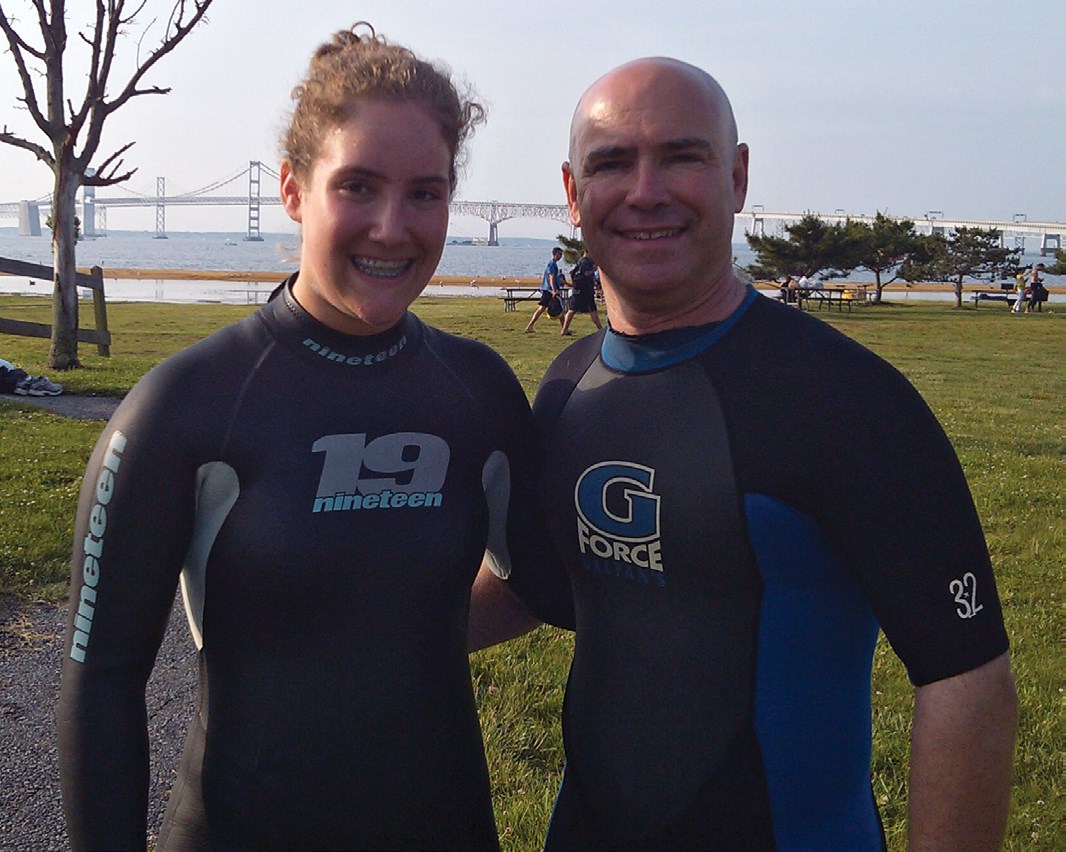 The company, one of the most respected in the Washington, D.C., market, offers a comprehensive array of landscaping services - from customized conceptural plans to ongoing site maintenance.

Allentuck Landscaping Company is a 50/50 company, with revenues split pretty evenly between commercial and residential. Residential services include maintenance and design/build. With 16 service trucks, the company is one of the largest landscape companies working in the D.C. area.
"We have a good mix of business and our mow teams are separate from the application side, just as our build teams are separate from the maintenance side," says Allentuck.

Going the Extra Mile. Or Two. Or Three 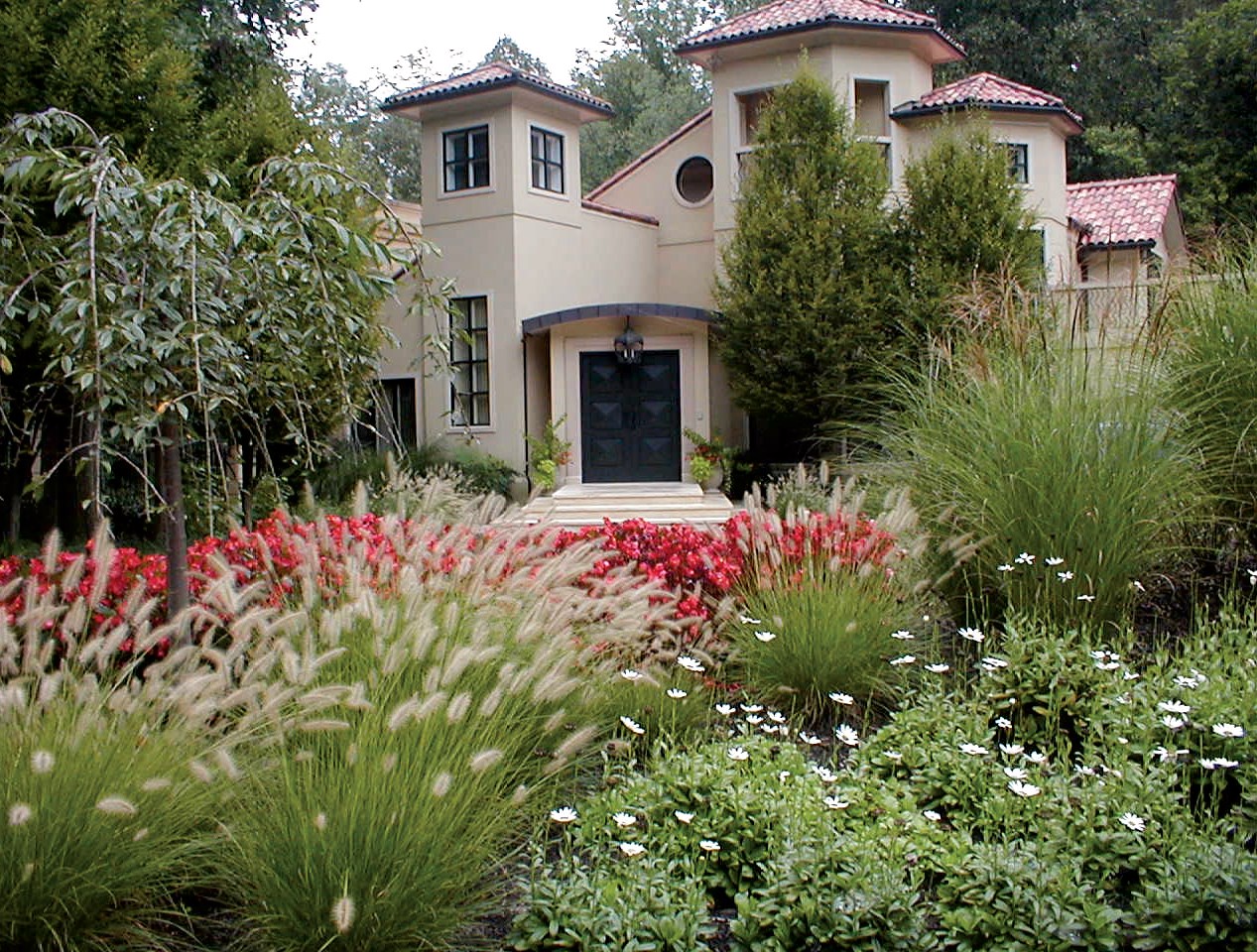 Bruce and his daughter Nellie at the 4.4-mile Great Chesapeake Bay Swim.

So what does Bruce Allentuck do when he's not building his business or giving back to his community? He stays active - very active.
When his school days rugby career came to an abrupt end he turned to running marathons, which quickly morphed into ultra-marathons and triathlons.
"I've done several Ironman competitions and in the last few years have participated in some really hard events like Death Race and The Suck (extreme training)," says Allentuck.
This past year he ran the Rim2Rim2Rim across the Grand Canyon and back. This is a 40-plus-mile hike (or run) from the Grand Canyon's South Rim to its North Rim and back to the South Rim. While the scenery is stunning and unlike anything else in the world, the annual test is not for the unfit - or for the faint of heart. Obviously. Participants experience more than 22,000 feet of elevation change in attempting to conquer the Canyon trails.
"We did it in one day with some very good friends," says Allentuck as if were as commonplace as a Sunday afternoon hike on a state park trail.
But he says a memorable experience this past year was the 4.4-mile Great Chesapeake Bay Swim that he and his 16-year-old daughter tackled. "She crushed me," he admits, adding "more very hard events are coming in 2014 if I get the time." 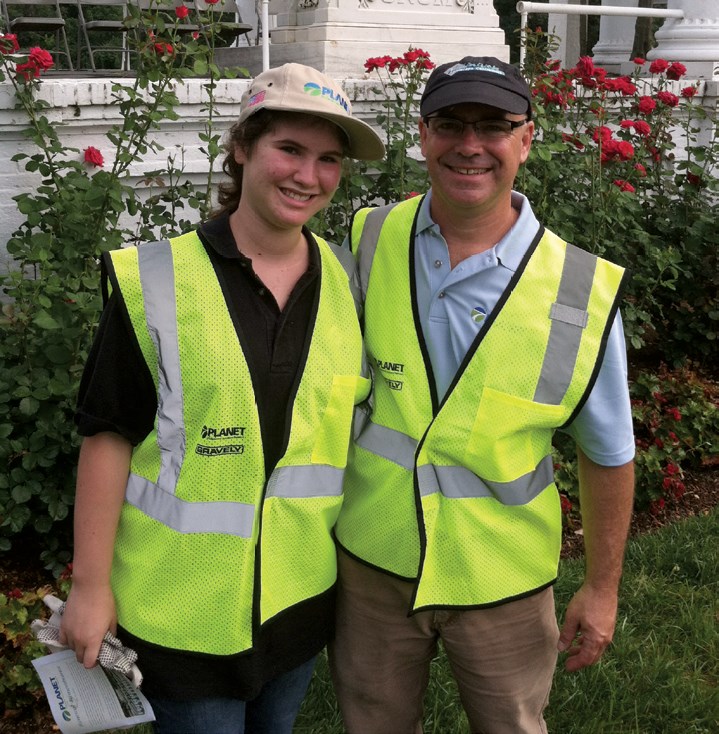 The design/build segment has been good for the growing company this year. Outdoor fireplaces and outdoor kitchens were especially popular. But no matter what the project, Allentuck says, "I get the most satisfaction from just creating a space that I know a family
and friends are going to use together."
Although business is good now, it's somewhat dependent upon the government. For example, the government shutdown in 2013 caused some real concerns for the business. "A lot of our customers either work for the government or some related businesses. Our cash flow came to a virtual stop as people were not paying bills. They didn't know how long they would be out of work," recalls Allentuck.
Despite this, Allentuck says the his market is pretty much like any other large metro area, with the same challenges of meeting customers' expectations and dealing with traffic. With 16 service trucks and employees operating throughout the D.C. area, logistics and traffic remain a problem for all service companies.
"The traffic in D.C. is killer and can really beat up our productive time. Along with timely service, we are probably not different than any other area of the country," he says.
Because the company does not maintain government facilities, the impact of Homeland Security in D.C. does not greatly affect them.

The design/build segment of Allentuck Landscaping has been good for the company, with outdoor fireplaces and kitchens being especially popular.

"We are really not in the government sector, so security has not been an issue for us. However, we did do a roof terrace on a building that overlooks the White House this summer. We were required to notify Secret Service that we were up there. Turns out they were listening to us through parabolic microphones the whole time," says Allentuck. "We also had to shut down a main road on a Saturday in order to crane everything up to the roof. That gets exciting."
Mike Ingles is a freelancer writer living in Columbus, Ohio, who writes articles about business and the green industry. Contact him at duckrun22@gmail.com.